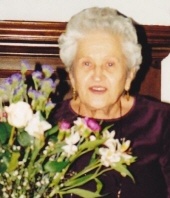 Wilma Owen-Holman (Nee Alft), age 98, of Delavan, formerly of Weyauwega, passed away on Tuesday, July 23, 2019 at Vintage on the Ponds in Delavan. She was a resident of Delavan the past 18 years. Wilma was born on May 13, 1921 in the Town of Fairbanks; Tigerton, Wisconsin. She was the daughter of the late Phillip and Otellia (Bonikowski) Alft. On August 30, 1941, she was united in marriage to Leslie E. Owen. He preceded her in death on December 18, 1948. On December 10, 1949, Wilma married Wallace “Dudley” Holman. Dudley preceded her in death on December 13, 1996. Also preceding Wilma in death was an infant daughter Judy Owen, five brothers, four sisters, their spouses and two son in-laws, Jeff Ambach and Larry Kettner.