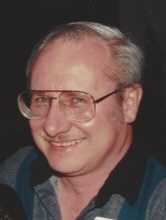 William Stuart Krapil, age 72, of Weyauwega, died suddenly following complications from surgery on Thursday, April 25, 2019 at Theda Care Hospital in Neenah. He was born on February 26, 1947 in Benton Harbor, Michigan, son of the late Anthony and Wilma (Gast) Krapil. On August 10, 1985, he was united in marriage to Sharon Dobbert in Weyauwega. Bill graduated from Fengher High School in Chicago. Following high school, he proudly served his country in the U.S. Air Force. After serving his country, he worked in maintenance for many years with various companies. Bill loved fishing and was an avid reader. He also enjoyed playing cards and Saduko.

He is survived by his wife Sharon; sibling: Gail Barthel. He is further survived by brothers-in-law, sisters-in-law, nieces, nephews, other relatives and friends.

He was preceded in death by his parents and a brother-in-law Ray Barthel.

Private services will be held for Bill but a public gathering that will celebrate his life will be held on Wednesday, May 1, 2019 from 1-3 p.m. at the Cline-Hanson-Dahlke Life Celebration Center of Weyauwega

Cline-Hanson-Dahlke -Weyauwega
To order memorial trees or send flowers to the family in memory of William S. Krapil, please visit our flower store.