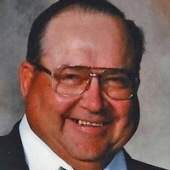 William Walter Much, age 74, Town of Union, went to his heavenly home on Tuesday, January 5, 2016, at Evergreen Care Center, Shawano. He was born on March 16, 1941, in the Town of Little Wolf, son of the late Frederich and Alma (Krueger) Much. He was baptized and confirmed at St. Peter Lutheran Church in Big Falls. On June 27, 1965, he was united in marriage to Judith Bonikowske. They lived and farmed in the Town of Union for many years. He was also a volunteer firefighter for the Town of Union for many years. William worked as a milk truck driver, and also worked for Art Wagner as a masonry helper and carpenter. After retiring from farming, he worked part time for Glen Cairn Golf Course in Ogdensburg. He was a member of St. Mark Lutheran Church in Symco.
He is survived by his wife Judith; son: Ward (Julie) Much, Marion; grandchildren: Britney, Bridget and Nicholas Much; 2 sisters: Severna Roe and Audrey Rohde of Clintonville; 2 brothers: Vern Much, Marion; Ray (Judy) Much, Manawa. He is further survived by nieces, nephews, other relatives and friends.
He was preceded in death by his parents, 2 brothers: Gene Much and an infant brother Eugene Much; sister-in-law Phyliss Much and brother-in-law Greg Rohde.
The funeral service for Bill will be held on Friday, January 8, 2016, at 11:00 a.m. at St. Mark Lutheran Church in Symco with Rev. Jeffrey Smiles officiating. Burial will be in Big Falls Cemetery, Big Falls. A visitation for Bill will be held on Thursday from 4-7 p.m. at the Cline-Hanson-Dahlke Funeral Home in Manawa, and on Friday at the church from 10:00 a.m. until the time of the service.
The family would like to thank the staff at Evergreen Care Center in Shawano for their wonderful care and concern of William.

To order memorial trees or send flowers to the family in memory of William Much, please visit our flower store.