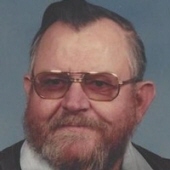 William “Bill” Beisner, age 88, of Weyauwega, passed away on Sunday, May 7, 2017 at Bethany Home in Waupaca. He was born on March 7, 1929, in Marshfield, son of the late Arthur and Linda (Neumann) Beisner. On June 2, 1951, he was united in marriage to Velere Phillips in Spencer. She preceded him in death in 2001. Bill worked at a number of small cheese factories before moving to Weyauwega in 1961. Although he worked at various jobs through the years, he most identified himself as a licensed cheese maker. After retirement, Bill and Velere enjoyed their trips to Las Vegas. Bill loved to play cards and give advice, he especially loved to spend time with his grandchildren and great-grandchildren.

Bill is survived by his children: Edward, Steven (Joanne), Bob (Mary), and Lois. He is further survived by 8 grandchildren and 9 ½ great-grandchildren, nieces, nephews, other relatives and friends.

To order memorial trees or send flowers to the family in memory of William 'Bill' Beisner, please visit our flower store.