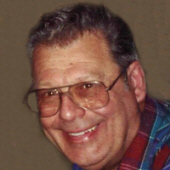 Wallace “Wally” Wayne Niemuth, age 85, of Weyauwega, went peacefully to his heavenly home on Friday, December 20, 2019 after a brief illness. Wally was born on April 13, 1934 to the late Walter “Dick” Niemuth and Alma (Schmidt) Niemuth Kempf. He spent his childhood playing with his many cousins in Metz, Wisconsin. After graduating from Weyauwega High School, Wally joined the Ripon Good Cookie Factory where he worked for most of his career until his retirement. He was a member of the Ripon National Guard. He was also an active member St. Peter Ev. Lutheran Church and served on various committees and the dart ball league. On April 28, 1979, Wally married Sharon “Kay” Woods. They spent 40 happy years of marriage together. He enjoyed going to Packer games with family and friends, cooking, traveling, especially his two trips to Hawaii, and just putzing around the house.

Wally was preceded in death by his parents, Dick and Alma; his step-father: Arnold J. Kempf Sr.; his brother and sister-in-law: Vernon (Alice) Niemuth; his step-sister and brother-in-law: LaVerna (Elmer) Schuelke; his step-brother: Kenneth Kempf; and step- sister-in-law: Janet Kempf.

The family would like to thank the staffs at Riverside Hospital in Waupaca, and AMC, who provided so much care and compassion of Wally.

A memorial service for Wally will be held on Friday, January 3, 2019 at 11:30 a.m. at St. Peter Ev. Lutheran Church in Weyauwega with Rev. Aaron Kristopeit officiating. A gathering of family and friends will be held at the church on Friday from 10:00 a.m. until the time of the service. In lieu of flowers, donations may be made to St. Peter Lutheran School in Weyauwega or St. John Lutheran School in East Bloomfield.