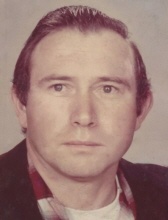 Waldemar “Baldy” Paul Kaminski, age 80, of Appleton, formerly of Weyauwega, passed away on Friday, June 21, 2019 at Century Oaks Assisted Living in Appleton. He was born in the Town of Lind, Waupaca County, son of the late Walter and Lena (Kraft) Kaminski. Baldy lived and farmed in the Town of Lind most of his life. He also worked for Tomorrow Valley Co-op for 11 years, retiring in 2006. He enjoyed playing cards and fishing, but he especially enjoyed spending time with family.

Besides his parents, he was preceded in death by his brother Robert Kaminski.

Private services for Baldy will be held, but a public visitation that will celebrate his life will be held on Tuesday, June 25, 2019 from 1-3 p.m. at the Cline-Hanson-Dahlke Funeral Home in Weyauwega.

The family would like to thank the beautiful staff at Century Oaks for their wonderful care for “Wally!”

Cline-Hanson-Dahlke -Weyauwega
To order memorial trees or send flowers to the family in memory of Waldemar 'Baldy' Kaminski, please visit our flower store.