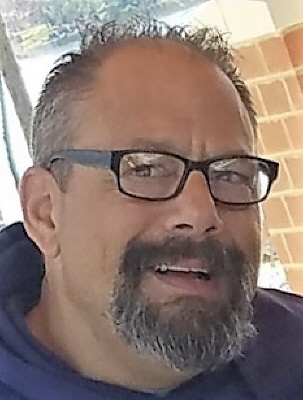 Todd attended schools in the Weyauwega-Fremont School district. He served his country in the US Army for 8 years. Following his time in the Army, he followed his passion of pursuing being a Monster Truck Driver. He was briefly on the pro circuit driving “Mr. Twister” and “Northern Storm.” He drove truck for Murphy Concrete for a short time, and then started his own cleaning business, Clean Pros. Todd retired early due to health conditions.

He will be laid to rest with his companions: Constiance and Diesel.

The Funeral Service for Todd will be held on Friday, July 15, 2022 at 11:00 am at the Cline-Hanson-Dahlke Life Celebration Center in Weyauwega with Rev. Aaron Kristopeit officiating. Burial will be in Oakwood Cemetery in Weyauwega. A visitation will be held on Thursday, July 14, 2022 from 4:00-7:00pm at the Life Celebration Center and also on Friday from 9:30-10:45 am.

In lieu of flowers, memorials may be directed to Todd’s children.
To order memorial trees or send flowers to the family in memory of Todd M. Schmoldt, please visit our flower store.