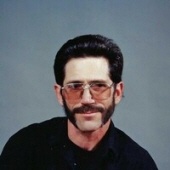 Thomas “Tommy” Anton Marcellis, age 75, passed away Wednesday May 19, 2021 at his home in Manawa, Wisconsin. He was born January 9, 1946 in Oshkosh, WI, the fourth and last of four children born to Norman and Rhea (Kohls) Marcellis. He was active in baseball and talent show choir and graduated Oshkosh High School June 4, 1964.

Tom worked for many companies throughout his life but talked about his time as a meat cutter with Hillshire farms and his time in the Army the most. Tom loved a few things in life but the most important of those was the time he made to spend time talking shop and swapping “war stories” with fellow veterans over another love of his…coffee. Tom loved veterans and always made sure he was available to talk with fellow veterans any time they needed him. Even going so far as to house them if the need ever arose. Tom also had a love of motorcycles from a young age and that of hunting later in life.

Tom was preceded in death by his father Norman J. Marcellis (1906-1982) of Stanley, WI. and his mother Rhea L. (Kohls) Marcellis (1914-2002) of Oshkosh, WI. He is survived by his Sisters June Swanson (89) of Lithia Springs, Georgia and Jean Basler (87) of Zephyrhills, Florida and his Brother Martin Marcellis of Oshkosh, Wisconsin. Tom is further survived by his four children, two sons, Calvin Marcellis (50) of Sparta, Wisconsin and Anthony Williams (48) of University Place, Washington and two daughters Nicole Mroczynski (45) of De Pere, WI and Angela Wesoloski (42) of Pulaski, WI. Numerous grandchildren and great grandchildren and many nieces, nephews and cousins who loved him dearly including an incredibly special grandnephew Shawn Marcellis whom Tom had a remarkably close bond and special relationship with, that the family is most grateful for.

The celebration of life for Tom will be held from 1:00 to 5:00 PM on Friday, June 18, 2021 at the American Legion Post 70 at 1332 Spruce Street in Oshkosh, WI. A private internment ceremony will be held at a later date with Tom being interred at the Central Wisconsin Veteran’s Memorial Cemetery in King, WI.

In Lieu of flowers it has been suggested that donations can be made in Tom’s name to the Wounded Warrior Project so that Tom can continue to serve those whom he so loved.