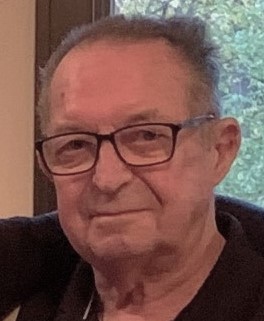 Thomas Radtke age 84 of Weyauwega, recently residing in Menasha, passed away on January 15, 2023. Tom was born on October 10, 1938 to the late Clarence and Verna Radtke. After graduating from Weyauwega High School Tom served in the Marines from 1956 - 1958. Tom married Helen Krablien on May 12, 1962.

Tom along with his dad Clarence and brother Bob owned Radtke's lanes in Weyauwega from 1946 - 1987. The bowling alley provided over 40 years of entertainment for the residents of Weyauwega and the surrounding communities. In the early years the bowling alley also offered roller skating, dances, bands and even wrestling matches. Tom was also a part owner in the Belle of Fremont which operated riverboat cruises on the Wolf River. After selling the bowling alley Tom was a car salesman for Neuville's and Wiesman's. Tom then worked at Weymont Run Country Club several summers. Tom will be remembered for his contributions to the city and business community of Weyauwega and was a life-long member of St. Peter Ev. Lutheran Church of Weyauwega.

To order memorial trees or send flowers to the family in memory of Thomas Radtke, please visit our flower store.