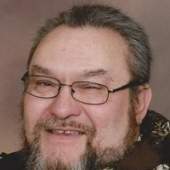 Age 54, of Manawa, passed away on Thursday, February 18, 2016 at Theda Care Hospital in New London. He was born on January 3, 1962 in a storm at the New London hospital, son of Grant and Gladys (Korth) Scheller. Terry was baptized at Emanuel Lutheran Church in New London. He attended schools in Sugar Bush, then St. Paul Lutheran Grade School in Manawa, where he was confirmed. Terry graduated from Little Wolf High School in 1980. He farmed on the family farm, and was a truck driver for Scheller Livestock Trucking for over 30 years and also Equity Trucking. On the weekends he would drive hauling milk. Terry loved tractor pulls and deer hunting with his friends. The tractors had to be Allis-Chalmers. He enjoyed tinkering and repairing anything, growing houseplants, singing in the choir, making maple syrup, and having his hamburgers on Tuesday night. He was a member of St. Paul Lutheran Church in Manawa.

He is survived by his mother Gladys Scheller; siblings: Tim (Celvee), Bruce (Jennifer), Louisa (Craig) Schefe; a brother-in-law: John Diermeier. He is further survived by nieces, nephews, other relatives and friends.

He was preceded in death by his father Grant Scheller, and sister Denece Diermeier.

A memorial service for Terry will be held on Friday, February 26, 2016 at 11:30 a.m. at St. Paul Lutheran Church in Manawa with Rev. Nathan Reichle officiating. Burial will be in New Maple Creek Cemetery, Town of Maple Creek. A gathering of family and friends will be held at the church on Friday from 9:30 a.m. until the time of the service. In lieu of flowers, memorials are appreciated.

To order memorial trees or send flowers to the family in memory of Terry Scheller, please visit our flower store.