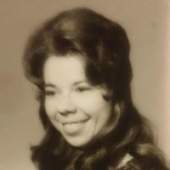 Sylvia Ann Back (Raykowski)
Went to join The Lord on January 12, 2016. She was born on May 12, 1940 to Joseph and Frances Raykowski of Stevens Point. She was the second of 5 girls. Sylvia wed Richard Back in June of 1968 and they were married just shy of 30 years before Richard passed in 1998. Sylvia is survived by her daughters, Candy (Jamie) Runnoe and Kristal (Josh) Freer, and her grandchildren Jack, Ben and Everly. She is also survived by her 3 younger sisters, Laura (Jerry) Zubella, Gladys (Jerome) Simkowski and Chris (Syl) Woytasik.
After marrying Richard, they moved several times before finally settling in Weyauwega, WI in 1989. Here, Sylvia enjoyed homemaking, gardening and raising her daughters. Following Richard's death, Sylvia returned to part-time employment at Crystal River Nursing and Rehabilitation Center in Waupaca, WI until her retirement. Sylvia was a long-time member of SS. Peter and Paul Catholic Church in Weyauwega.
Sylvia's wishes were to be cremated without a formal funeral. Her ashes will be placed next to her husband, Richard, in Oakwood Cemetery in Weyauwega. Though quiet, she was a beloved member of her community and will be greatly missed by her family and friends.

To order memorial trees or send flowers to the family in memory of Sylvia Back, please visit our flower store.