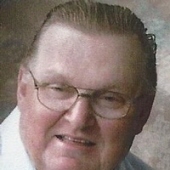 Siegfried “Ziggy” R. Fritsche, age 75, of Weyauwega, went to his heavenly home on Thursday, February 23, 2017 at Theda Care Medical Center in Appleton. He was born on May 9, 1941 in Dresden, Germany, son of the late Rudolf and Martha (Mueller) Fritsche. Ziggy came to America on February 21, 1959 and settled in Jefferson, Wisconsin. He looked at that date as his second birthday. On August 24, 1963, he was united in marriage to Marion Maron in Jefferson, Wisconsin. Ziggy and Marion then moved to Weyauwega in 1964. He enjoyed being a supervisor at Hillshire Farm in New London, retiring in 2004 after 30 years. Ziggy enjoyed riding his bicycle, motorcycle, fishing, swimming, but especially enjoyed spending time with his family and the Zeinert family. He was a member of St. Peter Ev. Lutheran Church in Weyauwega.

He was preceded in death by his parents and sister and brother-in-law: Inge (Rudy) Kapfinger.

The Christian Funeral for Ziggy will be held on Wednesday, March 1, 2017 at 10:00 a.m. at St. Peter Ev. Lutheran Church in Weyauwega with Rev. Dennis Lemke and Rev. Newlin Schafer officiating. Burial will be in Oakwood Cemetery, Weyauwega. A visitation for Ziggy will be held at the Cline-Hanson-Dahlke Funeral Home in Weyauwega on Tuesday from 4-7p.m. and on Wednesday at the church from 9:00 a.m. until the time of the service.

To order memorial trees or send flowers to the family in memory of Siegfried 'Ziggy' Fritsche, please visit our flower store.