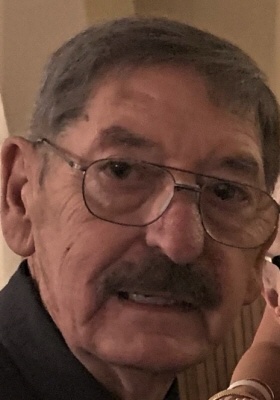 Samuel Russel Giambrone, age 80 of Weyauwega, passed away on January 11, 2022 at his home. He was born on January 29, 1941 in Chicago, Illinois, son of the late Carmella and Guiseppe Giambrone. On February 23, 1963 he was united in marriage to Sabina Sylvia Chrobeck at St Stanislaus Kostka Parish in Chicago.

Samuel was a devoted husband, father, grandfather, great-grandfather, brother, uncle and friend to many. His greatest love was his family. He enjoyed fishing, camping, and was a member of Ss Peter & Paul Catholic Church in Weyauwega. He really enjoyed his monthly luncheons with his church group.

The Funeral Mass for Samuel will be held on Friday, January 14, 2022 at 11:00am at Ss Peter & Paul Catholic Church in Weyauwega with Fr. Matthew Rappl officiating. Burial will be in Oakwood Cemetery in Weyauwega. A visitation will be held at the church on Friday from 9:00-11:00 am.

In lieu of flowers, please make donations to prolifewi.org or newcatholiccharities.org.
To order memorial trees or send flowers to the family in memory of Samuel Russel Giambrone, please visit our flower store.