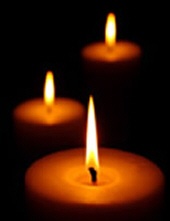 Ruth Esther Hofstetter, age 101, formerly of Rhinelander, Wisconsin, died on July 8, 2021, at Manawa Community Living Center. Ruth was born on January 18, 1920, in Jesup, Iowa, the daughter of Anna and Richard Fratzke. She and her three brothers, Martin, Alfred, and Richard Jr., were raised on an Iowa farm. She attended Wartburg College and graduated from Augustana Hospital School of Nursing as a registered nurse in 1942. Ruth worked as a visiting nurse for five years in Chicago, Illinois, where she met her future husband Al Hofstetter. They married on January 19, 1947, and shared 56 years together when Al passed away in 2003. Ruth and Al lived in Illinois until 1965 when they moved to Rhinelander, Wisconsin, and purchased The Glass Shelf gift store which they operated together until retiring and moving to Arizona in 1985.

A life-long Lutheran, Ruth trusted in God’s mercy and love. Preceded in death by her husband, Al, she is survived by her daughter, Donna C (Michael) Huglen, and son, Albert L (Sharon) Hofstetter; her grandchildren, Brian Huglen, Valerie Huglen, Kelly Hofstetter, and Kyle (Hannah) Hofstetter; and by two great-granddaughters and five great-grandsons.

Memorial donations may be sent to Trinity Lutheran Church:

The family is planning a celebration of Ruth’s life to be held at a later date.

To order memorial trees or send flowers to the family in memory of Ruth Esther Hofstetter, please visit our flower store.