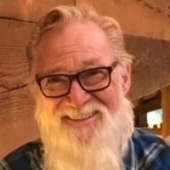 Russell Lowell Radtke “Red”, age 81 of Weyauwega, passed away on Monday, April 22, 2019. Red was born on April 24, 1937 to the late Walter and Ardis (Wall) Radtke in New London. He was united in marriage to Maxine Watkins on August 22, 1959. She preceded him in death in 1991. In his younger years, Red was an avid hunter. He loved country and gospel music and traveling to the Smoky mountains. Red was a truck driver for many years.

Red was preceded in death by his parents; wife and brother, Richard “Dick” Radtke.

The Christian Funeral for Russell will be held on Friday, April 26, 2019 at 11:30 a.m. at St. Peter Ev. Lutheran Church in Weyauwega with Rev. Aaron Kristopeit officiating. Visitation will take place from 9:00 a.m. until 11:15 a.m. at the church. Burial will be in Oakwood Cemetery in Weyauwega.

In lieu of flowers memorials may be directed to St. Peter Ev. Lutheran Church.