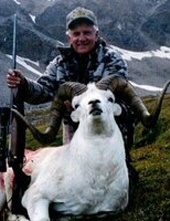 Roger A. Boushley went to heaven on September 20, 2021 at Theda Care Hospital, Waupaca, Wisconsin, with his wife of 57 years by his side. He was born on August 3, 1941 at Wausau Memorial Hospital, Wausau, Wisconsin to Louis and Alvina (Yonke) Boushley, the youngest of seven children. He was united in marriage to Marian Robbert at Christ Lutheran Church, West Bloomfield, Wisconsin on August 22, 1964. He suffered from Parkinson’s disease/dementia in recent years and prior struggled with Lyme’s Disease. He attended St. Peter Lutheran Grade School, Weyauwega and was confirmed in 1956. He graduated from Weyauwega High School in 1960 and enlisted in the U.S. Army for three years serving in the Panama Canal Zone during the Cuban Crisis.

Upon returning to the Weyauwega area he was employed at Fox River Tractor Co., Coast to Coast Store, Weyauwega Telephone Co., and Sawyer Paper Co. He attended the Colorado School of Trades in Denver for one year. He began his sales career at I. Bahcall Steel Co., and was the first salesman for Eagle Plastic & Supply, Inc., Appleton. His employer said he could sell ice cubes to Eskimos. In 1984 he founded Badger Plastic & Supply, Inc., Plover, WI and continued there until his retirement.

His passion was trophy hunting and he made many trips out West and to Alaska. His pride was displaying those trophies for his visitors. He was a life member of the Rocky Mountain Elk Foundation and served on several committees for the local chapter banquets, and attended national conventions. He enjoyed many years of golfing and was a member of Weymont Run Country Club where he had a hole-in-one. He played baseball in the U.S. Army, softball on various teams, and enjoyed snowmobiling and fishing with his wife. He was an avid Packer fan attending many games including the Ice Bowl Game. He also enjoyed playing Sheephead on a regular basis. He was involved in contacting landowners for permission for organized snowmobile trails and assisted in seeking funds for the first trail groomer for the Wolf River Rangers Snowmobile Club. He was a member of St. Peter Lutheran Dartball League. He remained a faithful member of St. Peter Ev. Lutheran Church, Weyauwega, where he held various offices.

The Christian Funeral for Roger will be held at 11AM, Friday September 24, 2021, at St. Peter Ev. Lutheran Church, Weyauwega with Pastor Aaron Kristopeit officiating. A visitation will be held on Thursday, Sept. 23rd from 4:00 to 7:00 pm at the Cline-Hanson-Dahlke Life Celebration Center of Weyauwega and preceding the service Friday at the church from 9:00-10:45 AM. He will receive military honors after the service on Friday. Burial/Committal will be at Concordia Cemetery, West Bloomfield immediately following the service. Memorials may be given to St. Peter Ev. Lutheran Church, Parkinson Foundation, or any chosen charity.

A special thanks to caregivers Mary Oehlke & Joyce Jorgenson for the past 1 ½ years of loving care.