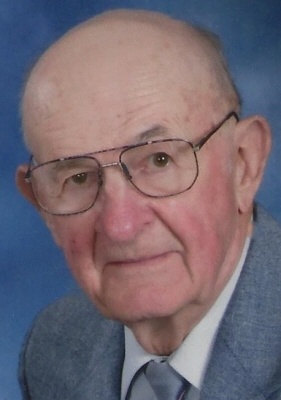 Robert Ralph Conroy, age 93 of Manawa, passed away peacefully looking at Bear Lake, surrounded by his family on Thursday, December 16, 2021 at his residence. He was born on the family farm at Bear Lake on March 26, 1928 in the Town of Royalton, son of the late Ralph and Katherine (Croak) Conroy. Bob graduated from Little Wolf High School in 1946. He then took a Farm Short Course at U.W. Madison in 1947. In June of 1948, he joined the Wisconsin National Guard. Bob was commissioned 2nd Lieutenant in January of 1954. He went to Ft. Benning in Georgia to Basic Branch Infantry Training in June of 1955. Bob met the love of his life at a dance at Bear Lake and on October 27, 1956, he was united in marriage to Mary Loughrin at St. Patrick’s Catholic Church in the Town of Lebanon. He took over the family business, Bear Lake Resort and Campground with his brother Patrick, and each summer they would host numerous big bands and many weddings, rollerskating and parties. Staying active in the service, he was transferred to Branch Artillery in 1957 as a 1st Lieutenant. In 1958, he went to Ft. Sill, Oklahoma, and then Basic Branch Artillery in 1959. Bob proudly served one year of active duty from 1961-1962 during the Berlin Crisis. He left the Wisconsin National Guard in 1968 and was transferred to Army Reserve. He attended (C & GS) Command and General Staff course at Ft. Leavenworth, Kansas Class of 1972. Bob retired in 1974 with a rank of Major. He was a member of the Manawa American Legion Post 226, the Manawa Lions Club for 45 years, Holy Name Society, Knights of Columbus, the National Guard Rifle Team, the Manawa Fish & Game Club since 1956, was a Manawa Rural Mail Carrier for 20 years, and a lifetime member of Sacred Heart Catholic Church in Manawa.

Besides his parents, he was preceded in death by brother and sister-in-law: Patrick and Joan Conroy, brothers-in-law and sisters-in-law: Jim and Elaine Loughrin, Robert and Teresa White.

The Funeral Mass for Bob will be held on Tuesday, December 21, 2021 at 11:00 a.m. at Sacred Heart Catholic Church in Manawa with Fr. Matthew Rappl officiating. Burial will be in the parish cemetery. A visitation for Bob will be held on Monday, December 20, 2021 at the Cline-Hanson-Dahlke Life Celebration Center of Manawa from 4-7 p.m. and on Tuesday at the church from 9:00 a.m. until 10:45 a.m. In lieu of flowers, memorials are suggested for Sacred Heart Catholic Church. For those unable to attend, cards and memorials may be mailed to: Family of Bob Conroy c/o Cline-Hanson-Dahlke Funeral & Cremation Care, PO Box 290, Manawa, WI 54949.

The family would like to thank the Heartland Hospice Team for all of their support.
To order memorial trees or send flowers to the family in memory of Robert Ralph Conroy, please visit our flower store.