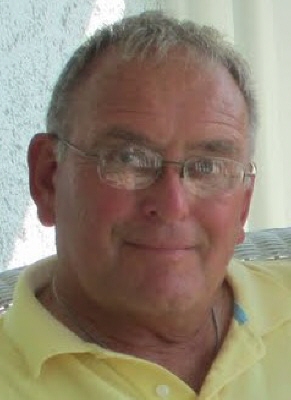 Robert J. Endter, age 79 of Greenville, went home to Jesus on March 17, 2022. Robert, the first of five children was born on January 3, 1943, to the late Howard G. and Lucille “Lou” Caroline (Ulmen) Endter. Robert, graduated from Appleton West High School in 1961. He began his working career at American Can paper mill as a tinsmith. He was married to Rebecca Buchman in 1964 and they raised four children together. The paper mill where he worked changed hands several times during his career, and after more than 40 years he retired from Georgia Pacific.

In April of 1997, Robert met Naomi Heller at a Christian singles event. They were married on July 17, 1998. Robert was very supportive of Naomi as she taught at Emanuel Lutheran School, New London, including building sets for and recording class plays and providing moral support when needed.

Robert was a man of many interests. As a child, he was entranced by comic books and super heroes. He had many fond memories learning how to be a mariner as a Sea Scout on the Fox River. In his teenage years, he became quite a pool-shark, and it was a rare occasion when any of his children could beat him at the game. He had an eye for photography, and went through many rolls of Kodak on his Minolta SLR; snapping many family photos - at times to the annoyance of impatient children. He was fascinated with the heavens and an avid star-gazer; he was extremely knowledgeable about astronomy, able to identify a myriad of constellations of which he experimented in night sky time elapsed photography. His interest in space initiated family vacations to, Cape Canaveral, Florida, to witness launches with his children. He reminisced with his children on countless motorcycle rides around his old stomping grounds in the Fox River Valley area – typically involving a hamburger, fries, and a malt during the adventure. In 1973, he ordered a brand-new motorboat, the “Crestliner”– resulting in many fond memories waterskiing, tubing, fishing, or exploring the islands and shorelines of High Falls and Caldron Falls Flowages in Wisconsin. He was an expert fisherman – if you count getting an unattended line wet while eating peanuts and drinking a cold beer. Some of his favorite family memories were later on in life with his grandchildren staying in a condo on the water of the Peshtigo River outside of Crivitz. He always kept it interesting around the campfire – talking about current events, arts, sciences, or striking fear into gullible children with expertly-crafted spooky stories. He adored and studied sports cars of all makes and models; at times owning a Mitsubishi, Corvette, Porsche, and a Chevy Conversion Van - in which vehicles he rarely attained the speed limit. Robert was born with the travel bug, and ventured all over the lower 48 with his family - and later on in life traveled abroad with his adoring wife Naomi. He could tell you countless fascinating, lesser-known facts in great detail from every one of his adventures.

Robert’s intelligence and sense of humor set him apart for sure; he was a rare combination of prankster and scholar. He was also a deeply contemplative man – who spent much time reflecting on his life’s trials, tribulations, and experiences. He left a mark and will be long remembered by his wife, Naomi; children: Chris (John) Doverspike, Andrea Endter, Laura Endter, Robert (Emily) Endter; six grandchildren: twins Hunter and Sienna, Seth, Chloe, Eva and Tyler; sisters: Mary Biese, Rose (Ron) Thurk, Carol (William) O'Neill; he is also survived by several nieces and nephews, other relatives and many friends.

Robert was preceded in death by his parents, his young brother Donald, "Donnie" Endter and his inlaws, Roger Heller and Virchella Heller.

To order memorial trees or send flowers to the family in memory of Robert Joseph Endter, please visit our flower store.