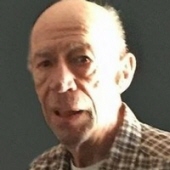 Robert "Bob" Stawinski, a resident of Little Wolf passed away on Tuesday, March 6, 2018 at home. Bob was born on July 30, 1938. He married Deanna Mae Henneborn on April 8, 1958. He and his loving wife were married for over 59 wonderful years. He enjoyed camping and doing home renovations. He loved watching movies of all genres. He had a prominent career in the food industry. He was a devoted husband and father and was dearly loved by his family. He and his wife raised their family in the Chicagoland area and retired in Little Wolf, WI. Bob loved the Lord and received Jesus as his savior.

Bob was preceded in death by his father (Casimer),his mother (Genevieve) and his brother (Gerald).

A private celebration of life will be held for Robert.

To order memorial trees or send flowers to the family in memory of Robert C. Stawinski, please visit our flower store.