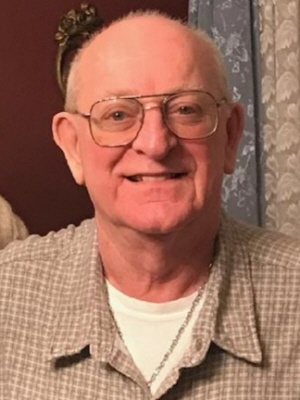 Robert "Bob" Wallace Polley Sr. age 80, of Manawa, passed away on Friday, March 11, 2022.
He was born on February 22, 1942 in the Township of Little Wolf to the late Clifford & Maybelle (Dailey) Polley.
In 1961 Bob enlisted in the United States Army and ended up serving as a Medic during peace-time in Berlin, Germany. It was there that he met his "Ringer", Gisela and where they were united in marriage on September 24, 1964. When his term was over, Bob and Gisela moved the family back to Manawa in 1967 where they were life-long residents and raised their three children.

Bob worked a few different jobs in manufacturing and construction before becoming employed at Waupaca Foundry in 1974 until his retirement in 2004 after 30 years of service. He held different manufacturing jobs while there and then coasted into retirement, ending his career as the office mail carrier. Following his retirement he made a point of being the cheese curd delivery guy on Fridays and also did part-time auto parts delivery. His last job was the resident "bossy hall monitor" at the Manawa Community Living Center where he had been living for the past four months due to illness.

In his younger years, Bob enjoyed hunting and fishing with his son, Rob. As a family they spent nearly every weekend camping at their permanent site at Casey Lake Campground making memories and life long friendships. Bob's favorite past-time was pitching horseshoes and he participated in multiple leagues and tournaments over the years earning several awards and trophies. He continued pitching shoes until his mid-70's.

A Gathering of Family and Friends will be held on Wednesday, May 4, 2022 from 9:30 a.m. until the Celebration of Life service at 11:00 a.m. at the Cline-Hanson-Dahlke Life Celebration Center of Manawa. Burial of the cremains will be held at Little Wolf Cemetery in Manawa following the service where there will be Full Military Honors.


The family would like to thank the Theda Care At Home Hospice team and the staff at Manawa Community Living Center for their care of Bob during his illness and residency. A special thank you goes out to Linda Krueger and her husband Rod for going above and beyond during the past few months for their care and response when it was needed.
To order memorial trees or send flowers to the family in memory of Robert "Bob" Wallace Polley, Sr., please visit our flower store.

Gathering of family and friends