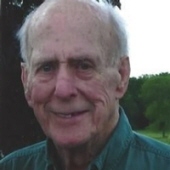 Raymond Schalkowski, age 90, of Weyauwega, died on Thursday, December 15, 2016 at ThedaCare Hospital in Waupaca. He was born on June 26, 1926 to the late Frank and Helen (Koskie) Schalkowski in Chicago, Il. Ray was united in marriage to Lorraine Guzior on November 22, 1947 in Schiller Park, IL. She preceded him in death in 2013. He was a member of Ss. Peter and Paul Catholic Church in Weyauwega.

Raymond is preceded in death by his parents, wife and brother, Albert.

To order memorial trees or send flowers to the family in memory of Raymond J. Schalkowski, please visit our flower store.