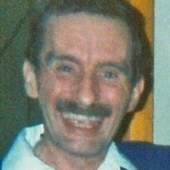 Raymond A. Ziehl, age 78, Waupaca, passed away peacefully at Crossroads Care Center, Waupaca on Sunday, January 3, 2016. He was born in Ogdensburg on May 19, 1937, son of the late Raymond and Deloris (Clapps) Ziehl. Ray attended Waupaca High School and was known as Wimpy Ziehl by classmates. He married Constance and together they raised 3 children.

He was preceded in death by his parents and wife Constance.

A funeral service for Raymond will be held on Friday, January 8, 2016, at 11:00 a.m. at SS Peter & Paul Catholic Church, Weyauwega with Rev. Adin Crandall officiating. Visitation will be held at the church on Friday morning from 10:00 a.m. until the time of service.

In lieu of flowers memorials are preferred.

To order memorial trees or send flowers to the family in memory of Raymond A. Ziehl, please visit our flower store.