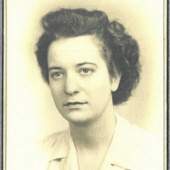 Ramona Schumacher, age 91 of Weyauwega, passed away on Thursday, March 19, 2020. Ramona was born on April 29, 1928, in Weyauwega. A lifelong resident, she graduated from Weyauwega High School in 1946. On July 29, 1950, she was united in marriage to William Schumacher. She was employed at Hotel Weyauwega followed by 23 years with the Weyauwega Post Office. Ramona was a member of St. Peter Ev. Lutheran Church of Weyauwega.

Ramona was preceded in death by her husband.

To order memorial trees or send flowers to the family in memory of Ramona P. Schumacher, please visit our flower store.