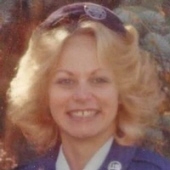 Peggy Ann Anderson
Age 61, of Manawa, passed away on Monday, December 28, 2015 at St. Elizabeth Hospital in Appleton. She was born on July 21, 1954 in New London, daughter of the late Lester and Mavis (Fenske) Suehs. After graduating from Little Wolf High School, she joined the U.S. Air Force and served her country for 4 years. Following the service, she entered the mortgage business. On December 19, 1981 she was united in marriage to Mitch Anderson in Denver, Co. In 1994, Peggy and Mitch moved to Manawa. She was most recently employed at Closing and Title Services in Appleton. Peggy was a dedicated mother and wife who loved her family. She was a hard worker and always wanted to make others happy.
She is survived by her husband Mitch; sons: Sean Anderson and special friend Kellee Colvard, Madison; Kirk Niccum and his partner Adam Rivest, Orlando, Florida; Kevin Timm, North Dakota; a grandson: Kaesin; a sister: Sally (Dennis) Hurdle, Waupaca. She is further survived by nieces Kelly, Mimi and Amy, other relatives and friends.
She was preceded in death by her parents.
The funeral service for Peggy will be held on Thursday, December 31, 2015 at 11:00 a.m. at St. Paul Lutheran Church in Manawa with Rev. Vilas Mazemke officiating. A visitation for Peggy will be held on Wednesday (TODAY) from 4-7 p.m. at the Cline-Hanson-Dahlke Funeral Home in Manawa and on Thursday at the church from 10:00 a.m. until the time of the service.

To order memorial trees or send flowers to the family in memory of Peggy A. Anderson, please visit our flower store.