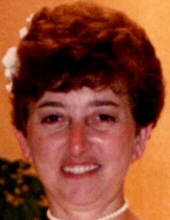 Pamela M. Abhold, age 70 of Weyauwega, passed away unexpectedly on Thursday, February 17, 2022 at Crossroads Care Center in Weyauwega. She was born on November 9, 1951 in West Allis, WI, daughter of the late Francis “Sonny” and Theresa “Tootie” McCoy. Pam graduated from Weyauwega High School in 1969 and continued her education in Food Preparation and Dietary Nutrition. She lovingly served others at King, Lakeview Manor, Niemuth’s in Waupaca where people came from near and far for “Pam’s Famous Potato Salad” and finally at Crossroads in Weyauwega. On June 25, 1994, she was united in marriage to Kelly Abhold at Ss Peter & Paul Catholic Church in Weyauwega.

She was preceded in death by her parents and 5 brothers-in-law.

The Funeral Mass for Pam will be held on Wednesday, February 23, 2022 at 11:00 am at Ss Peter & Paul Catholic Church in Weyauwega with Fr. Matthew Rappl officiating, burial will be in Oakwood Cemetery, Weyauwega. A visitation will be held on Tuesday, February 22 at the Cline-Hanson-Dahlke Life Celebration Center in Weyauwega from 3-6 pm and on Wednesday AT THE CHURCH from 9:00-10:45 am.

The family wishes a special thanks to the nursing staffs at ThedaCare Hospital and at Crossroads Care Center in Weyauwega.
To order memorial trees or send flowers to the family in memory of Pamela Marie Abhold, please visit our flower store.