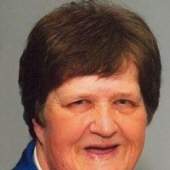 Age 67, of Weyauwega, passed away on Saturday, September 17, 2016 at Lakeview Manor in Weyauwega following a brief illness. She was born on November 28, 1948 in Chippewa Falls, daughter of the late Paul and Gladys (Quast) Raether. Mona graduated from Weyauwega High School in 1966 and then got her degree in Elementary Education at U. W. Stevens Point. She taught until she started a family and then became a homemaker and farmer. She farmed in the Town of Lind for many years.

She was preceded in death by her parents and former husband Arden Niemuth Sr.

Private family services will be held.

The family would like to thank the staff at Theda Care Appleton and Lakeview Manor in Weyauwega for their care and concern of Mona.

To order memorial trees or send flowers to the family in memory of Mona Niemuth, please visit our flower store.