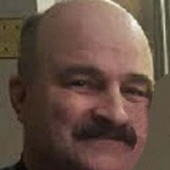 Michael Steven Korotka, age 65 of Manawa, found peace on March 31, 2017, at Wisconsin Veterans Home in King, Wisconsin. Mike was born on June 18, 1951, in Camp Lejeune, North Carolina, the son of Robert and Arlene (Schultz) Korotka. Michael graduated from Bayview High School in Milwaukee and then enlisted in the U.S. Marines. He proudly served his country four years before being honorably discharged. Mike obtained a degree in Electrical Engineering from Marquette University and his MBA from the University of Wisconsin. He worked in the profession for many years.

Mike is preceded in death by both his paternal and maternal grandparents.

A memorial service for Mike will be held at 11:00 a.m. on Friday, April 7, 2017 at the Olson Hall Chapel at the Wisconsin Veteran’s Home in King. Full Military Honors will be held following the service. Sister Martha Mafurutu will officiate. A gathering of family and friends will take place at the chapel on Friday from 10:00 a.m. until the time of the service.

To order memorial trees or send flowers to the family in memory of Michael S. Korotka, please visit our flower store.