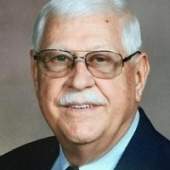 Merle H. Neuman, 74, Waupaca, went to be with the Lord and joined his wife Carol on Thursday, November 5, 2015, with his family and friends at his side. He was born May 23, 1941, in Milwaukee, WI, son of the late Hugo and Martha Neuman. He was united in marriage to Carol Mecklenberg (Fond du Lac) on September 11, 1965. She preceded him in death on January 27th, 2015, after 49 years of marriage. Together they had 3 children: John (Michele) Neuman, Weyauwega, Sheryl (Mark) Poirier, Bloomer, and Norene (Corey) Meidl, Weyauwega. They had 6 grandchildren, Aliah and Karlie Neuman, Ashley, Alex, Anna, and Aiden Poirier. Family was very important to Merle. He is survived by his children, grandchildren, honorary grandchildren Emily and Natalie Gisvold, and Kenny Eggler, as well as older brother Vernon (Pat) Neuman, Shawano. Merle grew up in Milwaukee and graduated from Custer High School in 1959. He then worked as a welder at American Motors until he volunteered for the draft serving his country in the U.S. Army. There he became a Military Police Officer. Following his service, he went into law enforcement with the Fond du Lac City Police Department, and two years later he joined the Wisconsin State Patrol in 1966. He was well respected during his 29 years with the State Patrol, received many awards, and was recognized for his dedicated service and strong work ethic. Merle took a lot of pride in his home and yard and it showed. He loved to hunt, fish, camp, travel, go boating, golf, eat out, go snowmobiling, and spend time with his grandchildren. He said the thing he would miss most was seeing his grandchildren grow up. He had a well equipped shop and enjoyed fixing things, as well as wood working. He instilled a strong mechanical inclination in his son John. Merle enjoyed playing dominos with his friends, meeting the guys for Wednesday morning coffee, and eating out with the ROMEO club. He always looked forward to Monday night suppers with two special friends Greg and Judy Gisvold. Merle had so much fun with his closest friends Ron and Mary Stalker, and Bob and the late Susie Meidam. He will be missed by his dear friends from Cedarburg, Sheboygan, and Dykesville. Merle had a strong faith in his Creator and Redeemer Jesus Christ. He lived out his faith and passed it on to his family. He is now casting crowns at his Savior’s feet. He was a long time member of St. Peter Ev. Lutheran Church, Weyauwega, and in the choir for many years. Merle wanted to send out a special thanks to all the friends who were on their knees for him “praying without ceasing”. Merle succumbed due to complications caused by cancer. He lost his fight for life here on earth, only to win in the end and join his deepest love in heaven. The Christian Funeral for Merle will be held at 10:30 a.m. on Saturday, November 14, 2015, at St. Peter Ev. Lutheran Church (312 W. Main Street) in Weyauwega, with Rev. Dennis Lemke and Rev. Newlin Schafer officiating. The Wisconsin State Patrol will be presenting an Honor Guard, as well as an escort to the burial. Burial will be in the Lind Center Cemetery following the service. A visitation for Merle will be held at St. Peter on Friday, November 13, 2015, from 4-7PM and on Saturday from 8:30 a.m. until 10:15 a.m. Merle won the race he was running here on earth. He is at home. He is at rest. Merle’s Family would like to express a heartfelt thank you to the care given him by Fox Valley Hematology and Oncology, AMC, Riverside Medical Center, and Hospice with Theda-Care at Home. A big thank you to the St. Peter Senior Choir for special worship music at the funeral. Romans 8:18 For I reckon that the sufferings of this present time are not worthy to be compared with the glory which shall be revealed in us.

To order memorial trees or send flowers to the family in memory of Merle H. Neuman, please visit our flower store.