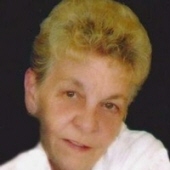 Marlene Beverly Lindsey, age 80, of Manawa, passed away on Saturday, April 1, 2017 after a long term illness. Marlene was born on February 8, 1937 to the late James and Marie (Rabus) Hebel in Chicago, IL. She was devoted to her parents, children and adopted children. Marlene was known as “everyone’s” grandma and mom. She was a big hearted and strong woman. Marlene had a love for the outdoors, travel and horses.

Marlene was preceded in death by her parents; sister, Joyce Jackson and brother, Wayne Hebel.

A memorial service for Marlene will be held at 4:00 p.m. on Friday, April 7, 2017 at Cline Hanson Dahlke Funeral home in Manawa. Visitation will take place from 2-4 p.m. at the funeral home.

To order memorial trees or send flowers to the family in memory of Marlene B. Lindsey, please visit our flower store.