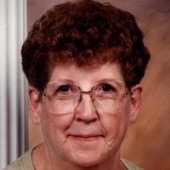 Margaret K. Ross, age 89, of Weyauwega, went to her heavenly home on Sunday, February 14, 2021 at Theda Care Hospital in Waupaca. She was born on August 19, 1931 in Manawa, daughter of the late Emil and Emma (Buchholz) Fenske. Margaret was baptized and confirmed at St. Paul Lutheran Church in Manawa. She graduated from Little Wolf High School in 1949. She was a resident of Weyauwega since 1967 and was a member of St. Peter Ev. Lutheran Church in Weyauwega.

Besides her parents, she was preceded in death by a sister and four brothers.

Private family graveside services will be held later this spring for Margaret at Little Wolf Cemetery in the Town of Little Wolf.

To order memorial trees or send flowers to the family in memory of Margaret K. Ross, please visit our flower store.