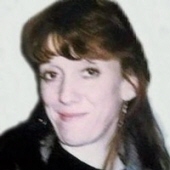 She was born in New London on April 27th, 1951, to the late Edward (Tony) and Deloris Freeman.

She was preceded in death by her parents, Edward and Deloris Freeman, and her oldest brother, Terry Freeman.

Some of the highlights in her life included journeying to Alaska in April of 1979. She resided in Anchorage, Alaska where her hard work ethic was noticed when she was made Waitress of the Year. She received an award from Governor Tony Knowles for this accomplishment. She also was proud to have worked in the theatre in wardrobe on Cats, Phantom of the Opera, Nut Cracker Etc.

She lived in Alaska for 30 years before moving back to Wisconsin in 2009 to be with her ailing mother.

As some people come into our lives and quickly go. We'll never forget the day the angels came to bring her home. We will always love you, Lyndian.<iframe id="tukios_player_512x330" allowfullscreen="true" allowtransparency="true" frameborder="0" height="330" scrolling="no" src="https://www.tributeslides.com/videos/embedded_video/PS8X58KW4WK56BRP" width="512"></iframe>

To order memorial trees or send flowers to the family in memory of Lyndian M. Freeman, please visit our flower store.