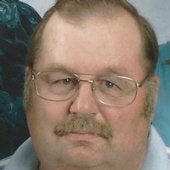 Loren D. Dobbert, age 60, of Weyauwega, went to his heavenly home on Friday, May 13, 2016 at Theda Care Medical Center of Appleton after a lengthy illness. He was born on May 19, 1955, in Waupaca, son of the late Kenneth and Evelyn (Peterson) Dobbert. He graduated from Weyauwega-Fremont High School in 1973. On October 10, 1992, he married Bonnie Wollangk at St. Peter Ev. Lutheran Church in Weyauwega where he was a life long member. He enjoyed hunting, fishing and snowmobiling with his family and friends, as well as spending time with them. He always looked forward to the yearly family trip to Minnesota in the summer.

He was preceded in death by his parents, and a brother Marvin, aunts: Virginia (Harland) Wall and Carol (Bud) Ebeltoft; uncles: Donovan “Butch” Dobbert and Harley “Hans” Dobbert.

The Christian Funeral for Loren will be held at 11:30 a.m. on Friday, May 20, 2016, at St. Peter Ev. Lutheran Church in Weyauwega with Rev. Dennis Lemke and Rev. Newlin Schafer officiating. A visitation for Loren will be held at the Cline-Hanson-Dahlke Funeral Home in Weyauwega on Thursday from 4-7 p.m. and on Friday at the church from 10:30 a.m. until the time of the service.

To order memorial trees or send flowers to the family in memory of Loren D. Dobbert, please visit our flower store.