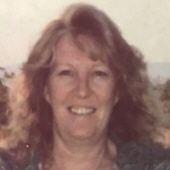 Linda was an avid bowler, softball player and coach. She also served as a career military wife with her husband Jim. Her love of cooking and serving people was exhibited by ownership of Duckie’s Pine Café in downtown Weyauwega. She was famous for her coffee and her homemade biscuits and gravy and of course her gingerbread cookies!

Linda was a member of Faith Christian Church located in New London, WI. Celebration of Life will be scheduled sometime at a future date.

God called you to salvation when we told you the Good News; now you share in the glory Christ Jesus. 2 Thessalonians 2:14

To order memorial trees or send flowers to the family in memory of Linda M. Starks, please visit our flower store.