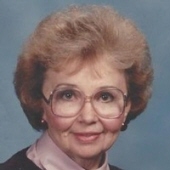 Lillian Elaine Vergin, age 87, of Weyauwega, passed away on Thursday, November 23, 2017 at home with family by her side. Lillian was born on April 14, 1930 to the late Rudolph and Ida (Brey) Anklam. She was baptized, confirmed and married at Emmaus Ev. Lutheran Church, Town of Lind in Waupaca County. She was united in marriage to Floyd Vergin on June 8, 1947. They lived their entire life in Poy Sippi, until Floyd passed away in July 2009. Lillian was a member of Emmaus Lutheran Church, Poy Sippi. She was a talented artist and will be especially remembered for paintings she shared with family and friends and sold at craft fairs in her earlier years. Lillian also worked for 23 years as custodian at the Poy Sippi school. She especially enjoyed spending time with her family, quilting at church, and the many sheepshead games she played until very recently with her friends. Lillian is survived by her 5 children, Sharon (Paul) Marschall, Ripon, Bryan (Sharon) Vergin, Phillips, Evan (Susan) Vergin, New Castle, CO, Kurt (Cheryl) Vergin, AZ and Marcia (Mark) Fink, Weyauwega; 13 grandchildren; 15 great-grandchildren and sister Ona (Delmar) Schoenick. Lillian is further survived by numerous nieces, nephews, other relatives and friends. Lillian was preceded in death by her husband of 62 years; her parents; mother and father-in-law, George and Nancy Vergin; infant granddaughter, Hailey Rae Fink and infant children of Bryan and Sharon Vergin; sister and brother-in-law, Esther and Bud (Lester) Koehler; brother and sister-in-law, Gilbert and Marie Anklam and sisters and brothers-in-law, Margaret and Charles Oliver, Edgar and Margaret Vergin, Ada and William Barden and Jessie and Robert Caves. The funeral service for Lillian will be held at 11:00 a.m. on Tuesday, November 28, 2017 at Emmaus Lutheran Church in Poy Sippi with Rev. Mark Meier Sr. officiating. Visitation will take place from 9-11 a.m. directly at the church on Tuesday. Burial will be in Poy Sippi Cemetery, Poy Sippi. Lillian's family would like to thank Pastor Meier for his visits, Paula, her hospice nurse and Dr. Happ of ThedaCare for their wonderful care. A memorial fund has been established. We look forward to seeing Lillian with Jesus at the resurrection of all flesh.

To order memorial trees or send flowers to the family in memory of Lillian E. Vergin, please visit our flower store.