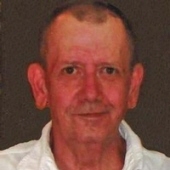 Leon Nicholas Fritch “Jiggs”, age 70, passed away peacefully on Saturday, May 21, 2016, at his home surrounded by family, after a courageous battle with cancer. Leon was born on August 30, 1945, to Kenneth and Bonita (Kuepper) in Neenah. On April 16, 1966, he married Susan Bonnin, his wife for 50 years. They made their home in West Bloomfield, where they raised 5 children together. Leon worked side by side with his father at the company they built together- Fritch’s Calf Pens, for many years. It later became Badger Pallet, where he worked until his retirement. Leon enjoyed the simple things in life- going fishing, doing his puzzle books, watching “Jeopardy” and writing poems. He also loved to spend time with his family and being with all his dear friends at Goode’s Inn. Leon served as a member on the West Bloomfield Fire Department, where he also served as chief for many years.

Leon was preceded in death by his parents; mother-in-law, nephew and great-nephew.

Memorial services will be held at 11:00 a.m. on Tuesday, June 7, 2016 at Emmaus Lutheran Church, Town of Lind, with Pastor Kurt Schilling officiating. A gathering of family and friends will take place at the church on Tuesday from 9:30 a.m. until the time of the service. Burial ceremony will be at Concordia Cemetery in West Bloomfield. There will be a luncheon celebration of his life at Goode’s Inn West Bloomfield.

The family would like to thank Pastor Kurt Schilling for his prayers and support through it all. Thank you to the hospice team and nurses for the services and care they provided. Thank you to Bruce and Dee Dee Goode for always being there and helping out, and thank you to Duane for the extra care and attention you gave him. Thank you also to the congregation and Sunday school at Emmaus Lutheran Church for their prayers and thoughtfulness. Thank you to Cline-Hanson-Dahlke Funeral Home for helping with the arrangements.

To order memorial trees or send flowers to the family in memory of Leon 'Jiggs' Fritch, please visit our flower store.