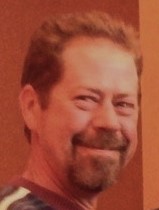 Lawrence William vanMaastricht Jr, age 56 of New London, formerly of Weyauwega, passed away Sat. Dec. 17, 2022 with his daughter and brother by his side after a short but courageous battle with cancer.

Larry was born Dec. 26, 1965 in Milwaukee. He graduated from Weyauwega-Fremont High School in 1984. Larry could brighten any room with his kindness and sense of humor. He simply enjoyed talking with and being around others. His greatest joys in life were his daughter Ellen and his granddaughters.

Larry is survived by his daughter Ellen vanMaastricht (Michael Cerda) and his two beautiful granddaughters Anna and Mia. Larry is further survived by his brothers Joe and Ken, sisters Alice, Sandra, and Sandy, and many nieces and nephews. He was preceded in death by his parents Lawrence Sr. and Shirley, his sister Debbie and brother Alan.

A Celebration of Life for Larry will be held on Saturday, January 14, 2023 from Noon to 4:00pm at the Brew Haus in downtown Weyauwega.

Many thanks to his co-workers at New London Engineering for your support, and to Thedacare Encircle and Froedtert Faith Cancer Center for their outstanding care. Also thanks to his neighbors at Franklin Apartments for their care and consideration. Your warm and caring efforts were greatly appreciated.

To order memorial trees or send flowers to the family in memory of Lawrence vanMaastricht, please visit our flower store.