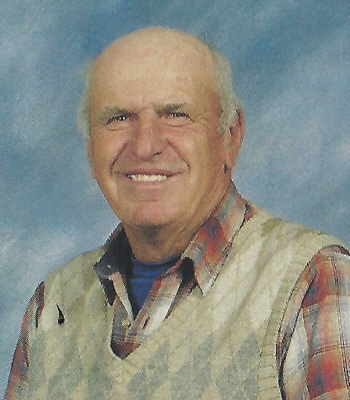 Lawrence was very creative and enjoyed going to Tractor Toy Shows. He loved working with his hands, in his younger years building all his own machinery...tractors, corn-pickers, and plows and was known for constructing miniature tractors with very specific detail. He did welding for himself and his neighbors, and built his own antique windmill, as well as engineering the moving of several houses.

Lawrence is survived by cousins, other relatives and special friends: John Knudsen, Butch Van Ark, Chad Karpf, Dan Madden, Dan Madden, Jr., and Leon Sasse. A very special thanks to John and Butch for their devoted care of Lawrence, and also to Dawn, a "special angel" who took care of all three brothers over the years.

Besides his parents, he was preceded in death by his brothers: Harold and Elmer.

The Christian Funeral for Lawrence will be held on Thursday, January 27, 2022 at 11:00 am at Emanuel Lutheran Church in New London. Burial will be in Emanuel Lutheran Cemetery, Town of Lebanon. A visitation for Lawrence will be held at the church on Thursday from 10:00 until the time of the service. The funeral will be live-streamed on Emanuel’s Facebook page: https://www.facebook.com/emanuelnl
To order memorial trees or send flowers to the family in memory of Lawrence L. Conrath, please visit our flower store.