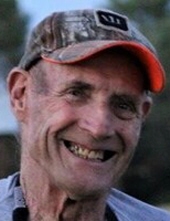 Kenny was a life-long dairy farmer on his Century farm, in the town of Helvetia, where he was born and raised. Kenny and his late wife, Therese, raised their children working together on the family farm. He was an avid hunter, fisherman, and card player where he played weekly cribbage games. He also loved the Packers, Brewers, and Badgers. Kenny’s greatest pride were his children and grandchildren. He enjoyed spending time with his hunting friends annually on the farm looking for the big buck. Kenny was a life-long member of Zion Lutheran Church in Manawa.

The family would especially like to thank Pastor Nate Reichle and Pastor Walter Steinbach for all their visits.

The funeral service for Kenny will be held on Sunday, August 15, 2021 at Zion Lutheran Church in Manawa at 2:00 p.m. with Pastor Walter Steinbach officiating. Kenny’s final resting place will be next to his beloved wife, Therese, in Union Cemetery, Symco. A visitation for Kenny will be held on Saturday, August 14, 2021 from 3-6 p.m. at the Cline-Hanson-Dahlke Life Celebration Center in Manawa, and also at the church on Sunday from 12:30 p.m. until 1:45 p.m.