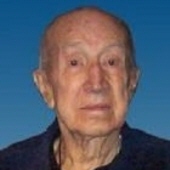 Kenneth Eugene Soerens passed away peacefully on August 29, 2019 at Appleton Medical Center surrounded by loving family members. He was born on September 21, 1927 to Benjamin Henry (Hank) Soerens and Mabel (Dell) Soerens in Oostburg, WI. He grew up in the Oostburg area with his parents, three brothers, Wilton (Pete), Robert (Bob) and Harold (Arch) Soerens and two sisters, Geraldine (Gerry) and Lynn until he was drafted into the U.S. Army in 1945. He received an Honorable Discharge in 1947. After returning from the service he enjoyed working on cars, sometimes helping his dad at a local mechanic’s shop. He became a boilermaker in 1953 and joined Boilermaker’s Union 107 in 1954. He worked at Neenah Foundry when his children were younger (early to mid-1960’s). But, he went back to being a boilermaker and spent the rest of his career working as a boilermaker, until retiring in 1985. He married Yvonne (Yonke) at St. Peter’s Ev. Lutheran Church, Weyauwega, WI on October 18, 1958. They were married for 23 years and had four children; Melanie, Marc, Mitchell (Soerens) and Melissa (Fischer). He was an active member of St. Peter Ev. Lutheran Church until moving to LaCrosse in 1981. In 1982 he married Winifred (Winnie) Carlin of LaCrosse, where he eventually retired and pursued his ‘handyman’ career. After Winnie’s death in 1996, he married Genevieve Wooden of LaCrosse and continued to be a “fix-it before replacing” kinda man. He enjoyed volunteering to help put up the Christmas lights at Riverside Park in LaCrosse. After Gen’s death in 2013 he decided to move back to the Waupaca/Weyauwega area to be closer to his children, grandchildren and great-grandchildren. He was a member of United Methodist Church, Waupaca where he enjoyed helping with “fix-it” jobs. It gave him something to do and was appreciated by the congregation. He enjoyed spending time with his family; especially when the whole group was together in one place.

Special thanks to Janet and her family for giving dad a ride to church on Sunday mornings. We all appreciated your kindness beyond words. Thanks also to Park Vista-The Legacy for making the past few months a happy place for him to live.

Special thanks to his surgeon Dr. Stanelle and his ICU doctor Dr. McCauley; all the nurses who helped care for him; but especially the nurses in the ICU including: John, Michael, Rachael, Melissa, Kendall and Alisha for the wonderful care they gave him during his short stay at Appleton Medical Center. Thanks also for Beth and the Hospice team for their kind support.

Cline-Hanson-Dahlke -Weyauwega
To order memorial trees or send flowers to the family in memory of Kenneth E. Soerens, please visit our flower store.