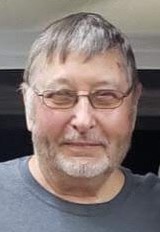 Junior Albert (Grandpa) Rineck, age 83, of Ogdensburg, passed away peacefully at his home surrounded by family and friends. He was born August 17, 1939, in New London Hospital, Wisconsin, son of the late Albert Rineck and Inez (Kreklow) Rineck. Junior graduated from Little Wolf High School in 1957. Junior married his high school sweetheart Carolyn Schoen. They were married for 30 years and had 3 sons, Jay, Jeff and Jim. They farmed, went camping, fishing, and hunting. Even though he farmed most of his life he also worked at the Feed Mill in Symco and at Sturm Foods in Manawa, where he retired from in the early 2000's. Junior loved spending time with family, friends, hunting and fishing but most of all he loved being a dad, grandpa and a great-grandpa. In his adult years he liked to travel. Through the years some of his traveling buddies were his son Jeff, grandson Hunter, good friends Dan, Joe, Terry, Mike, and Ron. He has been to Alaska, Canada, Florida, Colorado, and South Dakota. No matter what the trip was for - hunting, fishing, or sight-seeing, they were always an adventure with lots of laughs and shenanigans. Junior enjoyed collecting fishing poles, knives, guns, and caps. He built a home in Pickerel, WI where he lived for the last 25 years until he fell ill in January of 2022. After leaving the hospital in February 2022 he came to live with his son Jeff and daughter-in-law Nicole in Ogdensburg, which is where he passed away peacefully.

A Celebration of Junior's Life will take place at his son, Jeff Rineck's home (808 Water Street., Ogdensburg), from 1- 6 p.m. on Saturday, February 25, 2023; Pastor Bob Besh will have a prayer before lunch is served. Family and friends are welcome to come share a story or two or more about Junior.

Junior's family would like to extend a very heartfelt thank you to Heartland/Promedica Hospice, and all the family and friend caregivers Junior had along the way this past year and to all the family and friends who came to visit him. Without these people it would have been very difficult to keep his wishes to stay at his son, Jeff's home and out of a nursing home/hospital until his passing.

Thank you all! Junior/Grandpa who was loved by many, will be missed by many!

To order memorial trees or send flowers to the family in memory of Junior Albert Rineck, please visit our flower store.