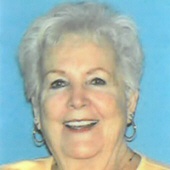 She was born September 5, 1931, in Black River Falls, WI to Eugene and Christina (Brick) Woodford. Juanita graduated from Black River High School in 1949. She was married to Earl Doud in 1949 and divorced in 1972. In October 1975, Juanita was joined in marriage to Norman Burt. They moved to Sun City, Arizona, where she resided for almost 40 years. Juanita and Norm spent their years in Arizona “flipping houses”, a skill she took pride in.

A private graveside service to be held at Little Wolf Cemetery in Manawa.

Juanita’s family would like to thank the staff Manawa Community Living Center, especially her “CNA’S” for their care and compassion.

To order memorial trees or send flowers to the family in memory of Juanita Rose Burt, please visit our flower store.