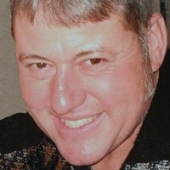 THE VISITATION FOR JOHN THAT WAS SCHEDULED FOR SUNDAY, JUNE 3, 2018 FROM 1-4 PM AT CLINE HANSON DAHLKE FUNERAL HOME AND THE SERVICES SCHEDULED AT THE MANAWA UNITED METHODIST CHURCH MONDAY, JUNE 4, 2018 HAVE BEEN CANCELLED. PRIVATE SERVICES WILL BE HELD AT A LATER DATE.

To order memorial trees or send flowers to the family in memory of John R. Thomack, please visit our flower store.