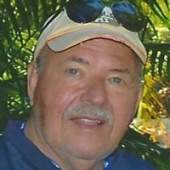 John Dennis Hildebrand, age 68, passed away on October 6th, 2018 in Neenah WI. John was born in Oshkosh WI on October 26, 1949 to Ed and Dolores Hildebrand. John grew up in Weyauwega and was a graduate of Weyauwega High School in 1968. In his younger years he learned how to shoot pool and went on to win numerous tournaments and trophies. He was very proud of the accomplishment of winning league play 20 years in a row with his friends. John married his high school sweetheart Diana Hendricks on November 6th, 1970. They had one child, their son Scott. Their dreams were fulfilled having a son.

John worked as a sales manager for several years for the Weyauwega Chronicle, and after went on to work at Presto Products in Weyauwega as a production supervisor and quality supervisor for 25 years. John married his beautiful wife Wanda on February 12th, 1994 in Weyauwega. Wanda had 2 special daughters Jamie and Andie. Together they purchased the Gills Landing Bar in Weyauwega, renamed the bar JW Stringers, and ran the business successfully for 12 years. John loved to hunt deer and fish walleyes with his family and friends. His two brothers were very close and loving to him. After a bout with Guillain Barre he retired and moved to Fremont. His retirement home gave him the opportunity to mow a lot of lawn and enjoy all of Wanda’s flowers. John appreciated his special neighbors Gerry and Dawn Harris, great friends, and their beautiful daughters Lacey and Sommer. Sommer shared the same birthday as John. John loved his black lab Peppers, who was at home with him and was his faithful dog in these final years of his life. John was a member of the Wisconsin Tavern League which he served as a Director on the State Board for two terms. He founded the Weyauwega Lake Conservation Club in honor of his father Ed and was an officer there for 40 years. John worked diligently on the Weyauwega/Fremont Long Island Duck and Goose Banquet with his good friend Jerry Fenner. The event raised over $200,000 for the Weyauwega/Fremont area. A special story John liked to tell was when as a child, he cut his hand badly at a little league tournament, and would go on to spend a few days in the Green Bay Hospital with a special hospital roommate who just happened to be Green Bay Packers Hall of Famer Ray Nitschke.

John is survived by his wife Wanda Hildebrand, his son Scott (Diana) Hildebrand, two stepdaughters Jamie (Mark) Ohm of Franklin Michigan and Andie Moore of Neenah. His precious and loving grandchildren Owen Hildebrand, Zander Moore, Beckett Moore, Griffin Moore and Elliott Ohm. His brothers Jim (Weippe, Idaho) and Greg (Sharon) Hildebrand. His nephews Andy (Mandi) and Dusty Hildebrand. His in laws Lee and Boots Williams, brothers in law Wayne (Lisa) Engle, Kurt (Tracy) Engle, sisters in law Pat (Terry) Schoenick, and many other nieces and nephews. John is preceded in death by his first wife Diana, his parents Ed and Dolores Hildebrand, and his two special black labs Jordan and Pippen. John was a member of the First Presbyterian Church in Weyauwega.

A gathering of family and friends to celebrate John’s life will be held from 9am-12pm Friday, October 19th at the First Presbyterian Church in Weyauwega. The service will follow with Rev. Dan McCurdy officiating. In lieu of flowers, a memorial will be established in the name of John Hildebrand.

The family would like to extend a special thank you to the ICU staff at Theda Clark, Neenah for all the care and compassion they gave to John.