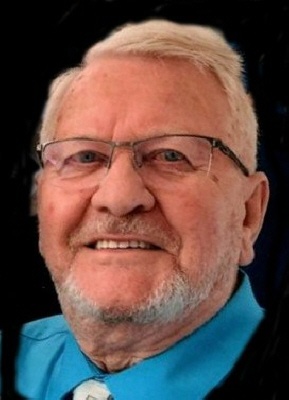 John Arthur Charles Dahlke, age 82, of Weyauwega, went to his heavenly home on December 14, 2021 at ThedaCare Medical Center—Waupaca as a result of complications of Covid 19. He was born August 20, 1939 in Milwaukee, to Rev. J.C. and Caroline (Kansier) Dahlke. On December 3, 1966 he married Janis Neubauer and together they celebrated 55 years of marriage. God blessed them with three beautiful children: Noel, Jon and Bethany. John attended Jerusalem Lutheran Grade School in Milwaukee and St. Paul Lutheran Grade School in Tomah, and was confirmed in Tomah in 1953. He graduated from Tomah High School in 1957, where he was active in sports, band and chorus. Following his high school graduation, John enrolled at Wisconsin State University—La Crosse and played college football while a student there. After completing two years at UW-La Crosse, John enrolled in the Wisconsin Institute of Mortuary Science (WIMS) to pursue a career as a licensed funeral director. He started his professional career in 1965 when he joined the Bauer Funeral Home in Weyauwega. Two years later, John partnered with Wes Fenske and Dave Rusch to purchase the Bauer Funeral Home and form Cline-Hanson-Dahlke Funeral Home with locations in Weyauwega and Manawa. John also operated the Cline-Hanson-Dahlke Furniture Store in Manawa, and provided ambulance service to both Weyauwega and Manawa for many years.
He was a member of the Wisconsin Funeral Directors Association and in 2014 was recognized by the organization for 50 years of service in the profession. He was also a member of the Fox River Valley Funeral Directors Association and the National Funeral Directors Association. After serving the Weyauwega and Manawa communities for many years, John eventually retired from the funeral profession when his son, Jon, purchased the business in 2010.
John was involved in several civic organizations including the local Lions Club and Jaycees. He was a member of St. Peter Ev. Lutheran Church, Weyauwega since 1957. John was a talented guitar player and in his younger years sang in a folk song trio with two very dear friends. He had a talent for playing music by ear and will always be remembered for his ability to sit at the piano to perform his schmaltzy rendition of “Moments to Remember” much to everyone’s delight.
John is survived by his wife Jan; son Jon (Heather) and their children Payton, Ava, Alaina and Amani of New London; daughter Bethany of Appleton; sister Ruth of Madison; brother-in-law Bill Neubauer of Menasha; sister-in law and brother-in-law Barb (Dahlke) and Gary Wenslaff of Michigan. He is further survived by nieces, nephews, cousins, other family and dear friends. John was preceded in death by his parents; daughter Noel; mother-in-law and father-in-law Alice and Pete Neubauer; sister and brother-in-law Carol and Dean Kasdorf; brother Mark; and sister-in-law, Pam Neubauer.
The Christian Funeral for John will be held on Thursday, December 23, 2021 at 11:00 a.m. at St. Peter Ev. Lutheran Church, 312 W. Main St., Weyauwega with Pastor Aaron Kristopeit and Pastor Marcus Schulz officiating. Burial will be in Oakwood Cemetery. A visitation will be held on Wednesday, December 22, 2021 from 3:00 - 6:30 pm at the Cline-Hanson-Dahlke Life Celebration Center in Weyauwega, and from 9:30 - 10:45 am at the church prior to the funeral service.
The family would like to give special thanks to Weyauwega Gold Cross Service and the Weyauwega Police Dept; the amazing ER staff of doctors and nurses and the floor staff of ThedaCare-Waupaca for the wonderful care and concern shown to John. Thanks also to our wonderful neighbors and friends, Carl and Carol Young who have helped us in so many ways over the years. Online condolences may be shared at www.dahlkefh.com and suggested memorials designated to St. Peter Ev. Lutheran – Organ Fund or Fox Valley Lutheran High School. For those unable to attend, the service will be live-streamed at http://Facebook.com/St-Peter-Evangelical-Lutheran-Church-and-School-Weyauwega-WI-169773976376863 with a recording found on John’s obituary link on our website, and cards and memorials may be sent to Jan Dahlke c/o Cline-Hanson-Dahlke, PO Box 140, Weyauwega, WI 54983.
To order memorial trees or send flowers to the family in memory of John Arthur Charles Dahlke, please visit our flower store.