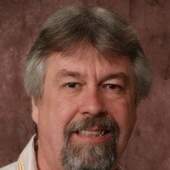 John L. Armon, 60 of Ogdensburg, passed away peacefully at his residence with his family by side on April 30, 2016 following a courageous 22 month battle with brain cancer. He was born on July 25, 1955, in Battle Creek, MI, son of LeRoy & Delores (Schulke) Armon. John married Teresa Daniels on Aug.1, 1981. Together they had two sons and five grandchildren.

daughters at heart: Jessica Miller, Waupaca; Shayla Bagstad, Clintonville; many other relatives and friends. Max his dog never left his side.

He was preceded in death by his grandparents, infant son, and brothers in law, Mark Dobratz, and James Daniels.

A funeral service for John will be held at 7:00p.m. on Friday, May 6, 2016 at the Cline-Hanson-Dahlke Funeral Home in Manawa. A visitation will be held at the funeral home on Friday from 3 p.m. until the time of the service. In lieu of flowers, a memorial fund has been established.

John you will always be my shining star, I will love you to the moon and back and then some always and forever in my heart, Teri

The family would like to thank Paula and the Theda care hospice team for all their support during this difficult time.

To order memorial trees or send flowers to the family in memory of John Armon, please visit our flower store.