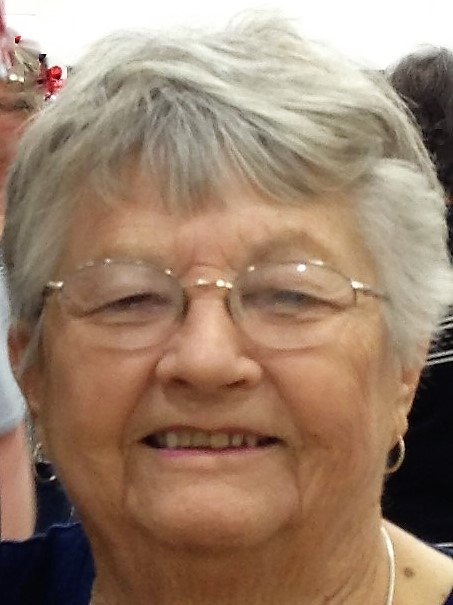 She was born on July 21, 1932 in Aurora, IL, the daughter of the late Wilbur and Ruth (Boyce) Gum. On October 22, 1949 she married Dwene Lancaster in Big Rock, IL and they spent 63 happily married years together until his passing on January 23, 2013. She was a devoted wife and mother, and a proud homemaker, who also worked several years for the Warren United Methodist Church and Wagner Insurance Agency in Warren, IL to assist in her childrens' secondary education.

Joanne was a member of Shepherd of the Hills Lutheran Church in Schapville, IL. She loved camping and traveling, attending musical and sporting events, playing cards, reading, and crocheting treasured afghans. Upon retirement, the snowbirds traveled to see family and friends in their motorcoach before creating a secondary home with new friends at Valle Del Oro in Mesa, AZ. They treasured their friendships across the country.

She was preceded in death by her parents, husband, Dwene, brothers Robert Gum and Gerald Gum and his wife Tudy, sister Judy Kay Minor and her husband, Terry, one son, Tod Lancaster and one grandson, Nathan Lancaster.

Cremation rites were accorded. A memorial service will be held at a later date at Shepherd of the Hills Lutheran Church in Schapville, IL and a memorial fund in her name has been established there. Burial will then take place at Elmwood Cemetery in Warren, IL. The family would like to convey appreciation to the staff of the Washington Center and Compassus Hospice for assisting Joanne in her life and final journey.

To order memorial trees or send flowers to the family in memory of Joanne Lancaster, please visit our flower store.