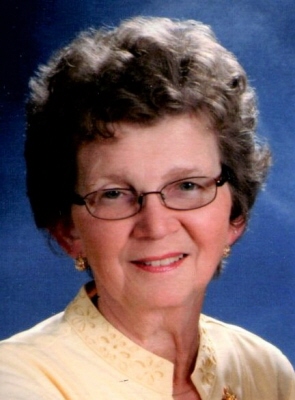 Jane Ellen (Koehler) Bast of Greenville, entered into the arms of Jesus on Tuesday, May 24, 2022 with her loving husband at her side after suffering a massive heart attack.

Jane was born on April 4,1943 in West Bloomfield, daughter of the late Robert and Dorothy Schmidt Koehler.

She grew up on the family farm and attended West Bloomfield Lutheran Grade School. She attended Weyauwega High School and graduated in 1961.

Jane met the love of her life when she and Richard (Dick) Bast were attendants in Jane’s brother, Martin’s wedding to Dick’s cousin Judy Bast. That was the start of their life together.

Jane and Dick were married on July 6, 1963 on a very hot, humid day. In their younger years Jane and Dick loved to travel by car and cruising.

They vacationed in every state except Hawaii. They enjoyed trips to most of Canada and cruises to Mexico and Central America touring by train along the Panama Canal plus two other Caribbean Cruises.

Jane was employed by Thrivent Financial for 35 years where she made many friends. She was then employed at ASP for ten years.

In retirement, they were avid bird watchers and enjoyed their well-kept yard and garden. Jane suffered serious health issues but her pleasant and humble personality was always evident. She was an immaculate housekeeper, could organize anything and loved to grow every kind of plant.

She was preceded in death by her parents, Robert and Dorothy Schmidt Koehler; brother Martin Koehler; brothers-in-law Ray Wolff and Carl Techlin; father-in-law and mother-in-law, William and May Bast Glasenapp.

To order memorial trees or send flowers to the family in memory of Jane Ellen Bast, please visit our flower store.