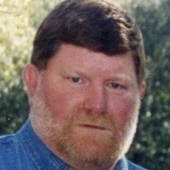 Age 61, of Weyauwega, passed away on Saturday, February 13, 2016, at ThedaCare Regional Center, Neenah. Jim was born on December 2, 1954, son of William and Doris (Koplien) Crist. He attended Weyauwega-Fremont School District and graduated in 1973. He was a long time member of Ss. Peter and Paul Catholic Church, Weyauwega.

On October 25, 1975, Jim married Lynn Williams in Weyauwega. Jim was employed by Presto Products for 35 years. Jim was an avid hunter and fisherman, his true passion was waterfowl hunting. Jim enjoyed spending time with friends and family, especially his grandsons. He was a very caring man and would do anything for anyone.

Jim was preceded in death by his father William, father-in-law, James Williams, grandparents Ed and Dora Koplien and William Sr. and Margaret Crist.

To order memorial trees or send flowers to the family in memory of James W. Crist, please visit our flower store.