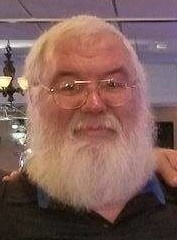 James A. Schmude, age 65, of Manawa passed away Monday evening September 19, 2022 at home surrounded by his loving family after a 21-year valiant fight with medical difficulties after having been diagnosed with Blastomycosis.

Jim was born on July 31st, 1957 in Oshkosh before the family settled in New London. He was the fourth born child of twelve of Robert and Patricia Schmude, New London. Jim was a jack of all trades. His most notable jobs were as a farm hand to many local farmers, DHI, a dairy farmer himself while married to Deborah (Guldan) Schmude, and a semi driver. He was an amazing cook and catered many different occasions, his most notable was the EAA.

In lieu of flowers, please direct memorials to Elizabeth Schmude.

To order memorial trees or send flowers to the family in memory of James "Jim" A. Schmude, please visit our flower store.
Send a Sympathy Card