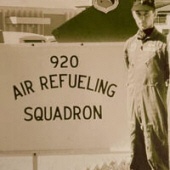 James Richard Desens passed away peacefully surrounded by his family at ThedaCare Regional Medical Center - Appleton WI on Wednesday, August 11th, 2021 after a brief illness. Jim was born in Clintonville, WI on February 21st, 1939. He graduated from Clintonville High School and continued his education at University of Wisconsin Oshkosh, earning a degree in Mathematics. He entered the United States Air Force in 1962 as an officer, achieving the rank of Captain. He bravely engaged in 14 years of active duty in Southeast Asia and Europe with flight deck crews of air refueling squadrons, transport and cargo aircraft. During his Air force career, he met his wife, Carole. They were married on September 23rd, 1967. An engineering position with General Motors brought Jim home to Wisconsin from California. They remained in Wisconsin for the remainder of their marriage where he also held positions with Outboard Marine Corporation and Walker Forge, Inc. Jim had a love for photography and an amazing talent for creating beautiful gardens at his home.

He is survived by his wife Carole, two sons, Richard and Robert, two granddaughters, Erin and Morgan and numerous cousins and friends.

The Funeral Mass for Jim will be held on Tuesday, August 17, 2021 at 11:00am at Most Precious Blood Catholic Church in New London, (712 S Pearl St.) with Fr. John Kleinschmidt officiating. Visitation will be held at the church on Tuesday from 9:30am until the time of the service. A private burial will be held at Central Wisconsin Veterans Memorial Cemetery in King. In lieu of flowers, donations to The Wisconsin Veterans Home at King and Discalced Carmelite Friars of Holy Hill are appreciated.

Email Details
To order memorial trees or send flowers to the family in memory of James Richard Desens, please visit our flower store.